Now you will be able to fully travel the world in an ATV or to move quickly with the help of a helicopter. By installing Mech Mod, the construction of the garage will become mandatory.

In addition to the transportation functions, some types of vehicles have a variety of weapons, with which you can easily destroy your enemies. Because mod contains several types of military equipment, including tanks, combat aircraft and helicopters.

How to get the vehicle and how to drive?

Each vehicle type has a unique crafting recipe, consisting of the main parts of a car: wheels, engines, chassis, etc. You need tget fuel to your vehicle (for refueling simply click on the car by gasoline). After creating and having filled the vehicle, you can safely to sit inside. To do this, go to the car and click on “Ride”, this button is located in the center of the screen. Then you will see the control buttons.

How to change a color of the vehicle?

To paint your car you need an enhanced version – Mech Mod PRO. Otherwise you will not be able to change the color. If you installed the Pro version, take in hands a paint can and tap them on the car.

All types of vehicles:

This tractor is used to remove unnecessary blocks on your way. Bulldozer can be useful in the construction industry for leveling grounds for the house. 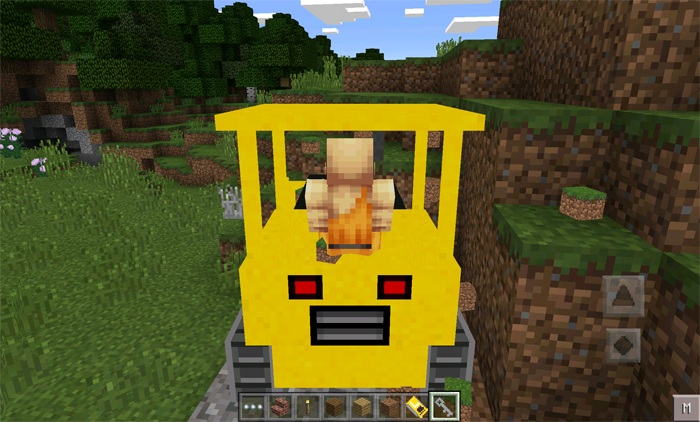 Standard vehicle needed for rapid movement from one place to another. This car must be parked near your home.

Nothing special, just a police car in MCPE. With its help the construction of the police station is not in vain. 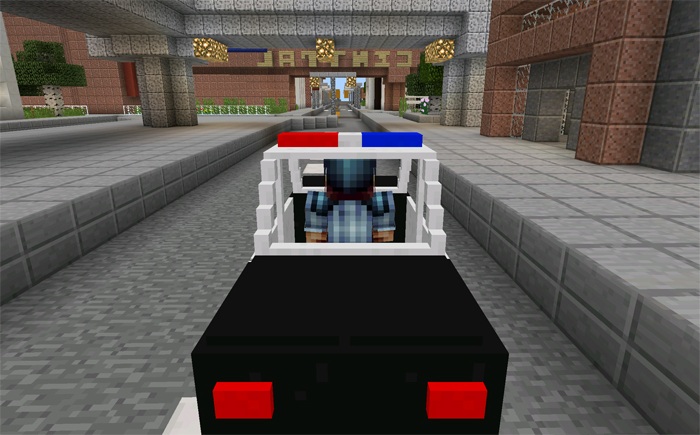 Every player wants to get yourself such car, because it has a higher speed and an attractive appearance. Square wheels do not affect the speed. 🙂 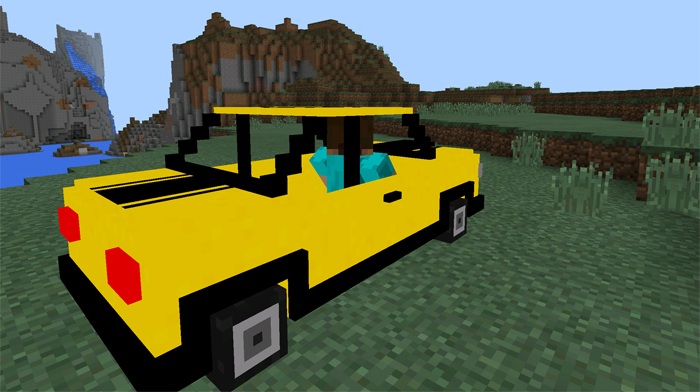 This tank has a low speed of movement and bad maneuverability, but can to fire. Perfect to protect or attack the enemy. 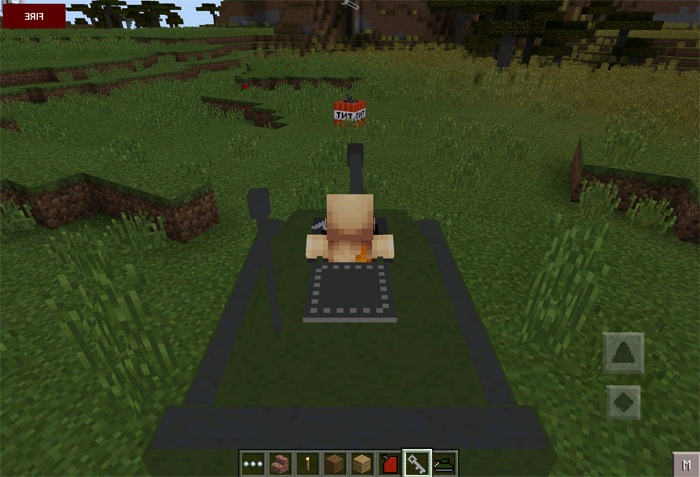 Ideal for exploring the surface with a small height. The plane has a small flight speed, but is composed of simple parts that can be crafted without problems. 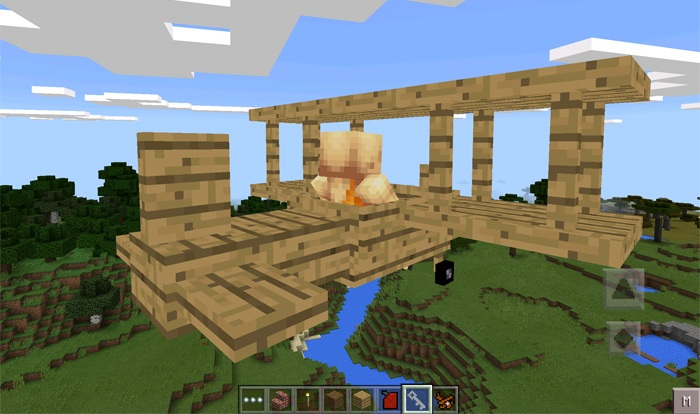 It can be used for various purposes, such as the battle (Helicopter has a machine gun and a rocket launcher), fast movement, shooting movies and others. 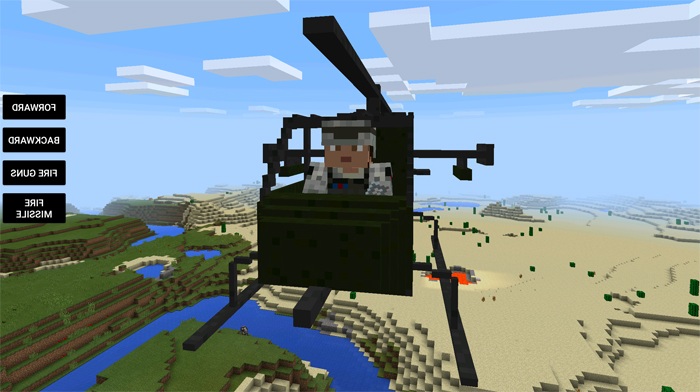 Very effective and functional airplane. It has two types of guns, the first is a machine gun, that shoots by usual arrows, second weapon has the ability to attack ground targets with bombs. Now you can arrange real fights in the air. 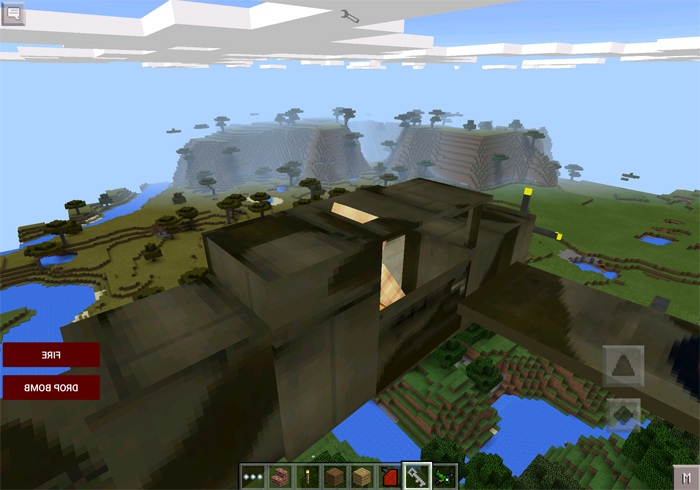 It looks very impressive and has weapon, like a helicopter. If you decide to build this vehicle, be sure to build a place for take-off and landing. 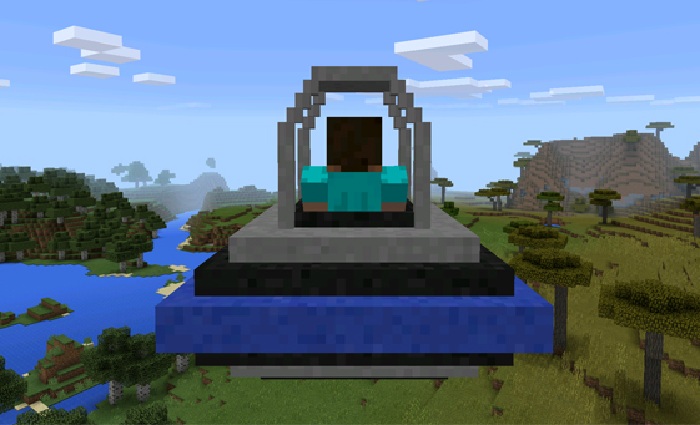 If you are tired from the usual run on the legs, then certainly get your personal bicycle. Moreover, a two-wheeled does not require fuel…

Scooter has essentially the same characteristics as bicycle, but the speed is reduced.

Yet another vehicle, which will require your legs. Monocycle takes up little space and can be placed in any room.

This bike is for those who have grown up and threw his scooter. It can be used to move through the dirt, small hills and other places almost impassable.

Quad is very similar to a conventional car, but has a greater passability.

If you live in the desert, you just need a buggy. This vehicle has a high speed and excellent maneuverability in deserts.

It is something of a cross between a car and a motorcycle. The advantages include high speed.

Both boards are good helpers for faster movement around the world. By the differences are only the wheels.

If your house is located on the beach and you are tired of the standard wooden boat, the Jet ski will solve this issue. With it, you will be able to move quickly through the water. 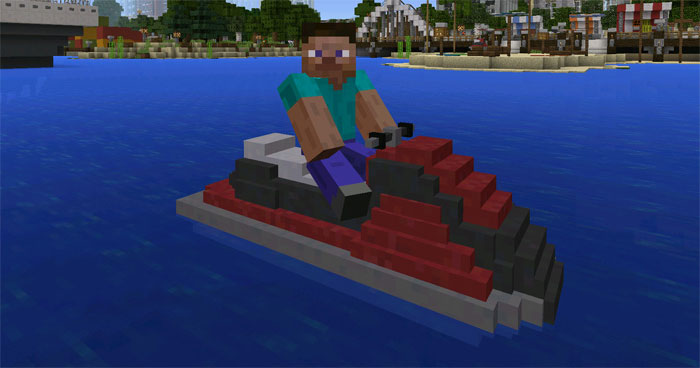 The boat is driven by a motor located at the rear. You want to catch a big fish? Take this ship and go.

More like a small boathaving a high speed and rapid acceleration. If you have a large palace, this boat just have to be moored near the shore.