This day has come and has shown us a new version of the game that takes one more step towards meeting Minecraft 1.14 snapshots. To reduce the parallel between the two editions, the developers did a lot of work and added illagers to Minecraft: Bedrock Edition 1.9. This suggests that both editions will receive almost identical releases with the exception of some exclusive features. 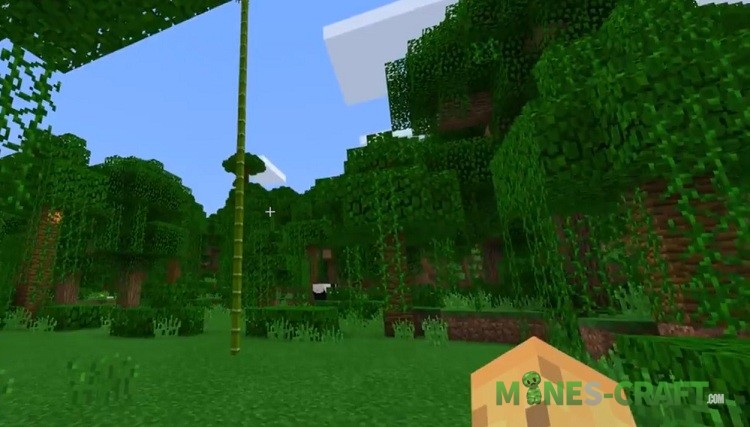 And now let’s talk about the content that is present in the MCBE 1.9 update. First, we’ll announce the main thing is the illagers appeared in Minecraft 1.14 in the first snapshot. They’re more stupid than Java ones and will be improved soon. But even now they behave like real dangerous guys.

Want to know who they are? The main thing you need to know is not to approach them, they’re dangerous. Illagers unite in small gangs and attack villages. They survive at the expense of robberies and destruction of small settlements, it motivates them.

Illagers are visible from afar: their banner is directed upwards, but if you’re strong and brave, you can try to take it by force. Everyone who lives in villages should think not only about their protection but also about the safety of the villagers. Now they’re under threat and if the illagers attack then some may die, keep your weapon with you. 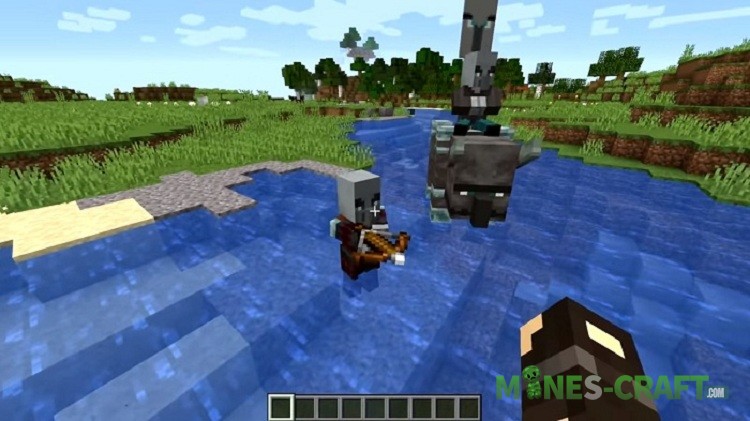 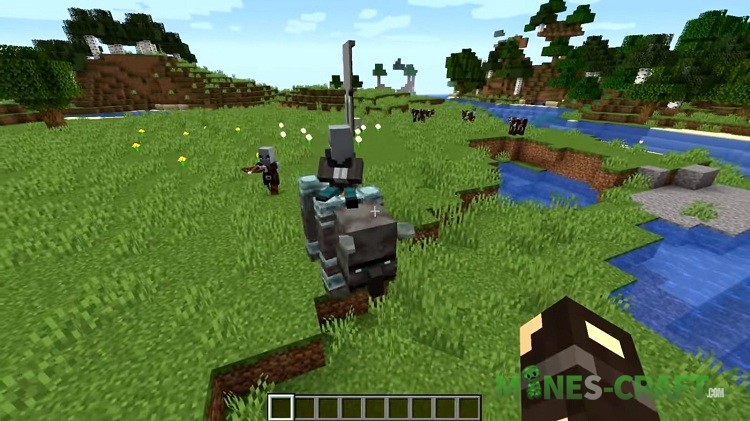 As you know from the previous Minecraft: PE 1.8 version (the old designation), bamboo is a new plant but so far it has not grown on its own. Because of this, players had to switch creative mode and add bamboo to the game.

Now everything looks natural: go to any jungle biome and look for bamboo. It grows almost everywhere, just take a lot of bamboo stalks that can be used for scaffolding crafting or for feeding pandas. 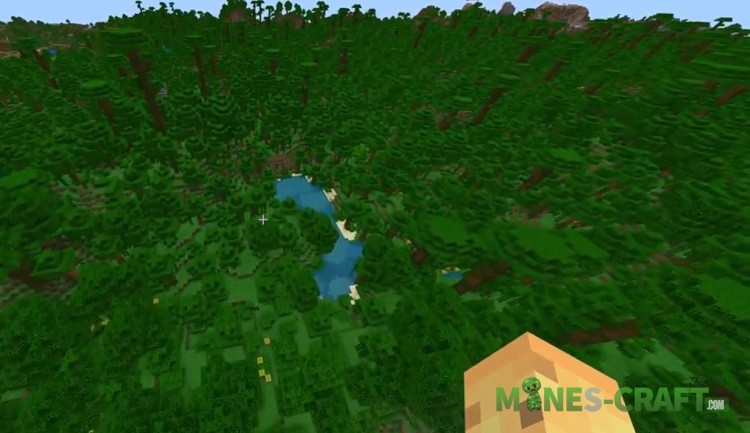 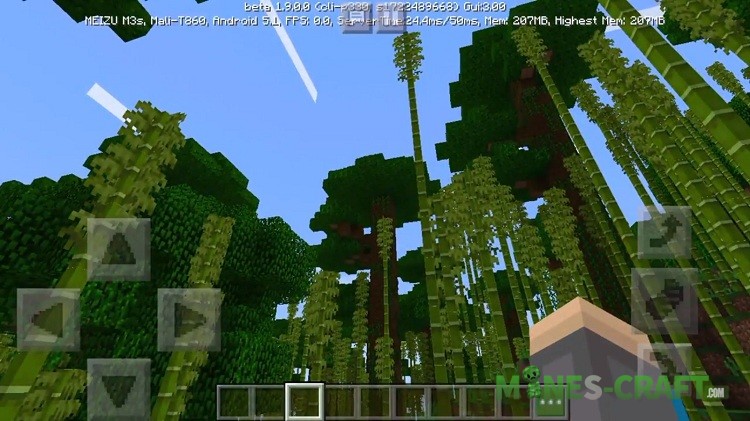 It will be correct to say that these are new blocks based on vanilla resources in MCPE 1.9. Now your homes will become even prettier thanks to a large variety of different options: smooth red sandstone stairs, mossy stone brick slabs, red nether brick walls and the rest. 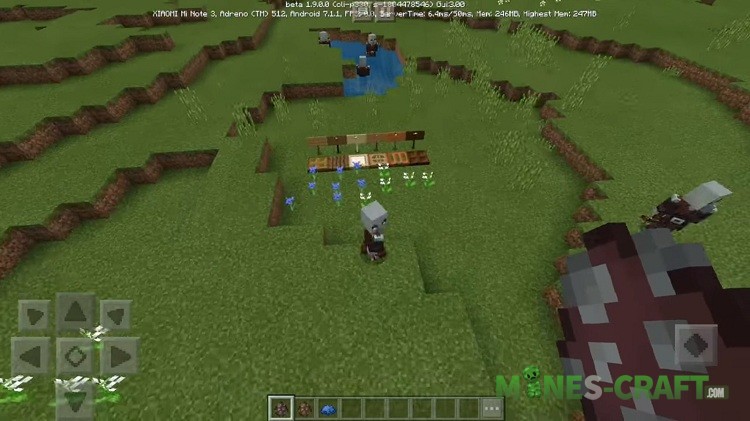 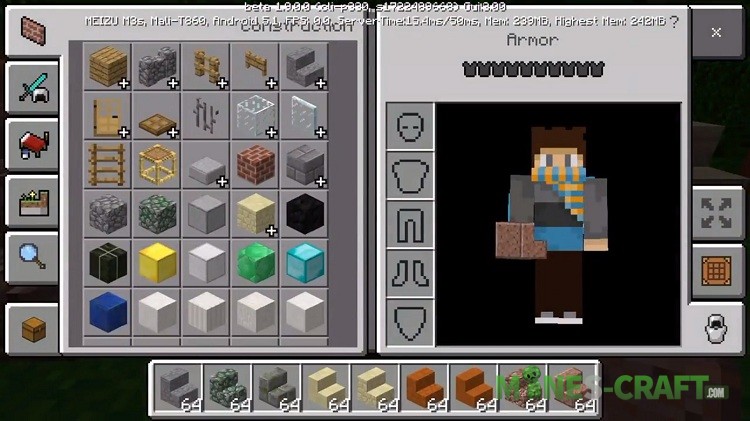 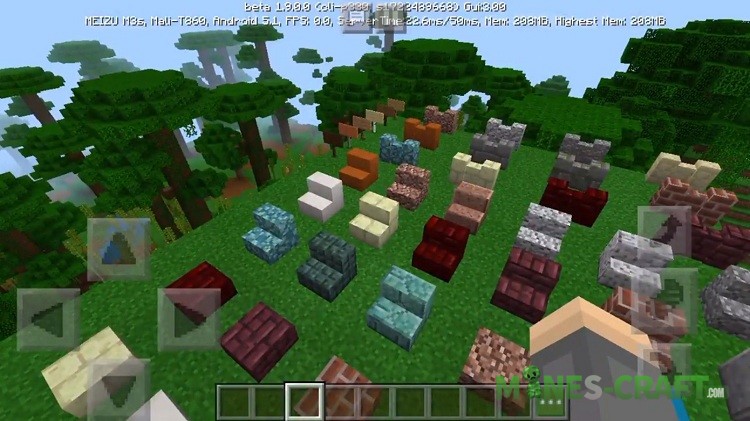 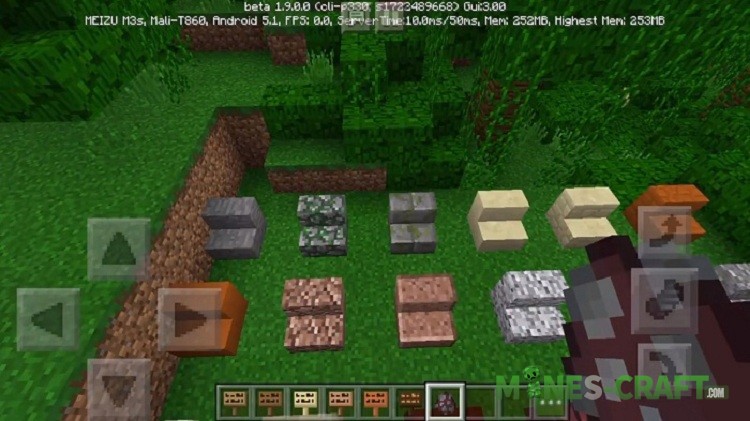 Download Minecraft PE 1.9 below by selecting the desired version.