What is the Caves & Cliffs Update and why is it called that? In fact, this is essentially the largest cave update among all that came out before, and if you prefer to spend your time more underground digging mines, then be sure to download Minecraft: PE 1.17, the current versions of which are at the very end of the post. 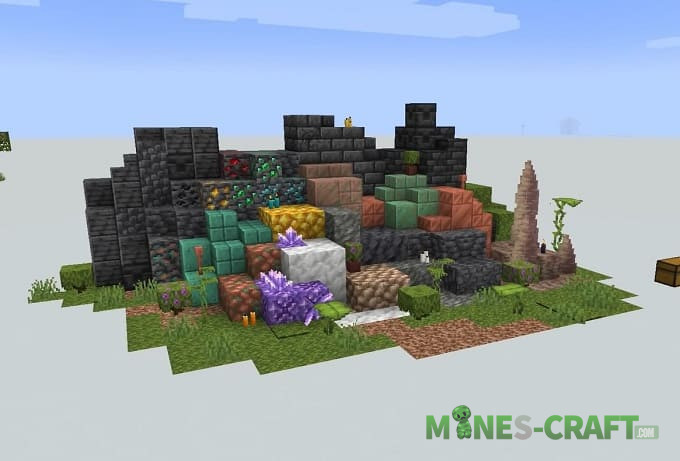 This is the first mob in 1.17 designed specifically for caves. Axolotls are very cute creatures that live in cave lakes mostly. Meeting them is not difficult, they are neutral towards players, but very aggressive if there are hostile mobs nearby. The main trick lies in their behavior during a fight – axolotls can pretend to be dead, and then, having regained their strength, revive and attack again. 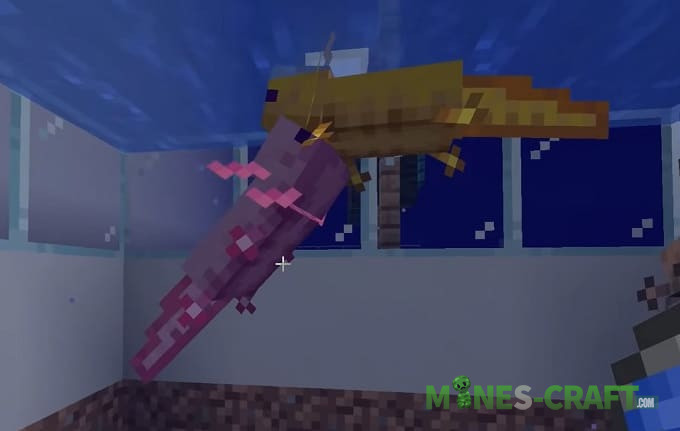 The second Minecraft PE 1.17 mob that will make caves the most dangerous place is the Warden. Due to its physical abilities, the Warden delivers incredibly strong blows with its powerful arms. An interesting fact is that all wardens are blind and can navigate in space only by noise and vibrations. Carefully go around it if you don’t want to find yourself in a situation where one Wardens punch literally destroys your health. 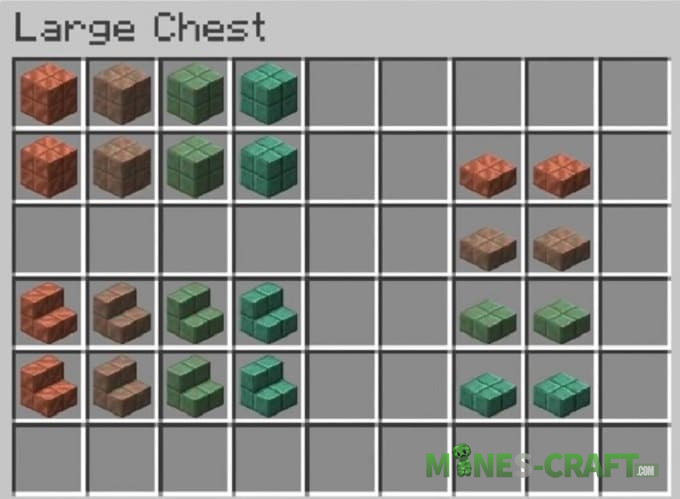 This mob is already added to MCPE 1.17.200.52 as experimental. Mountain goats live mainly in the mountains and arent so friendly towards players and other mobs. They can head butt players, pushing them down the mountains. At the same time, the mountain goats themselves are surprisingly dexterous animals, with minimal damage from falling. Plus, you can milk and breed goats, tie them to a fence and just feed them. 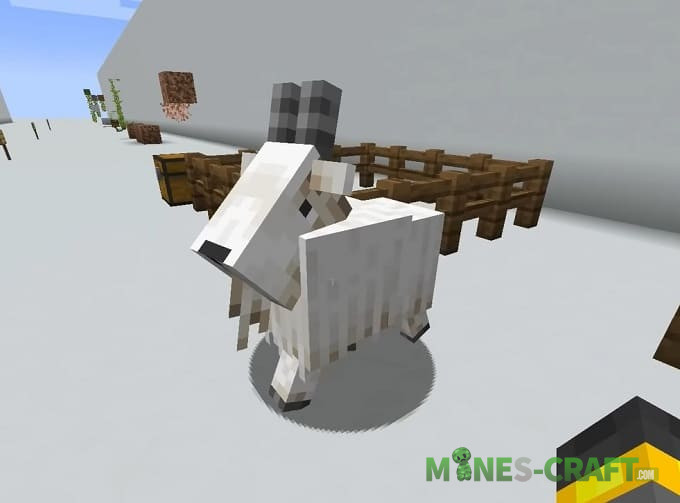 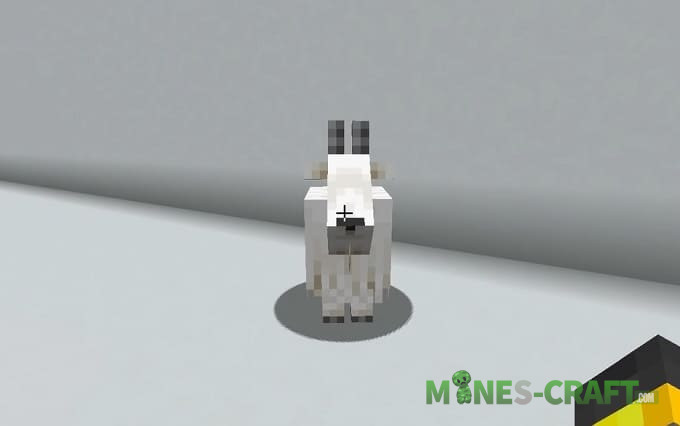 The fourth mob of the Cave Update is a glowing squid. In short, this entity took part in the vote, as a result of which it won and entered the list of new mobs for the next version of Minecraft PE. De Facto, the glow squid doesn’t differ from vanilla ones, except for its dwelling in underground lakes. 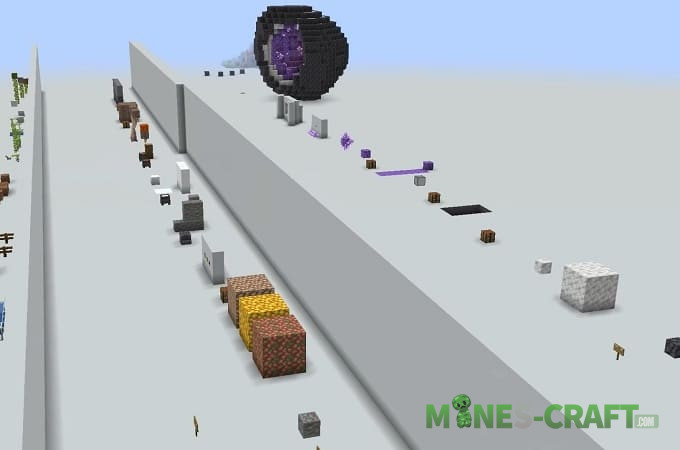 Caves & Cliffs, as a huge cave update, will completely overhaul the underground world of Minecraft Bedrock Edition 1.17. Instead of boring and small tunnels, this update introduces entire cave networks intertwining with each other, more like small worlds with unique biomes. 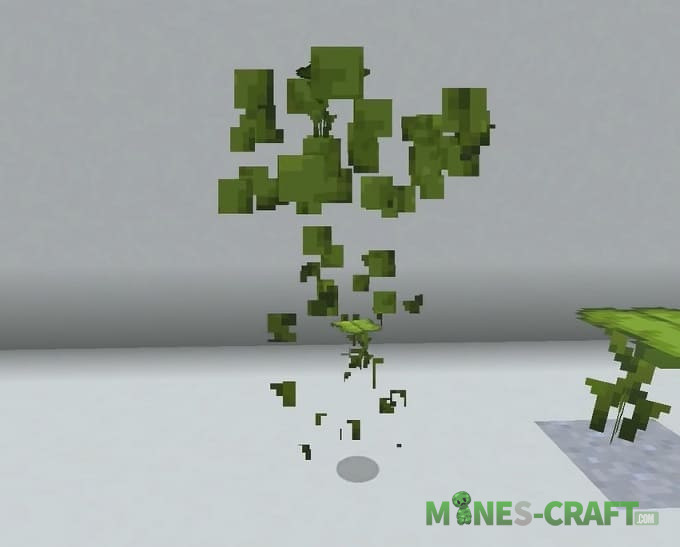 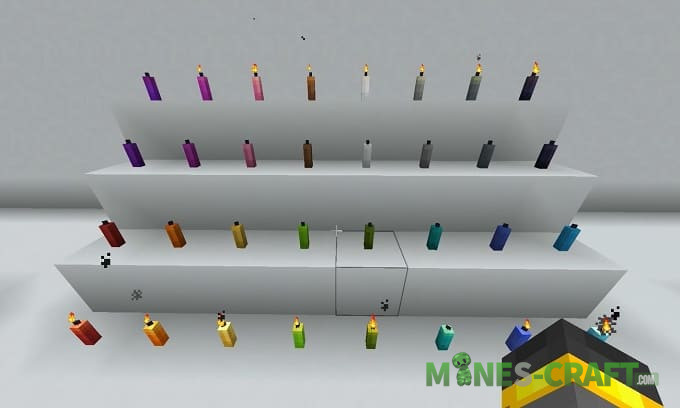 Starting at the lowest biome, Deep Dark is the darkest and most dangerous biome of MC Bedrock 1.17. Generating at great depths, there are no light sources, you’ll wander in the twilight, periodically bumping into the strongest mob – the Warden. This biome isn’t as diverse due to its high depth; there’s practically no life there, only wandering warden and dim candlelight. 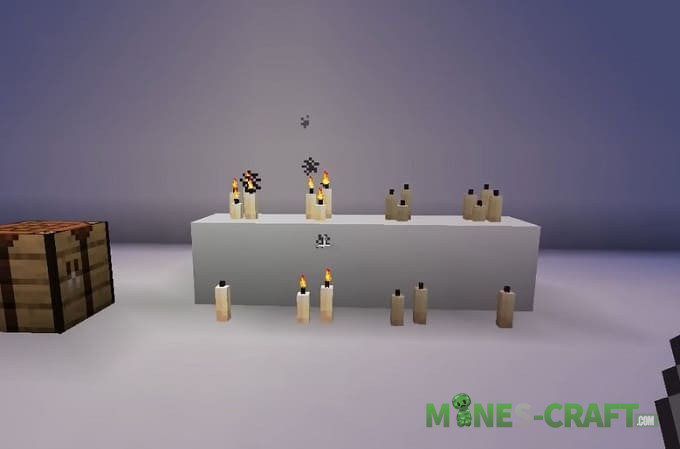 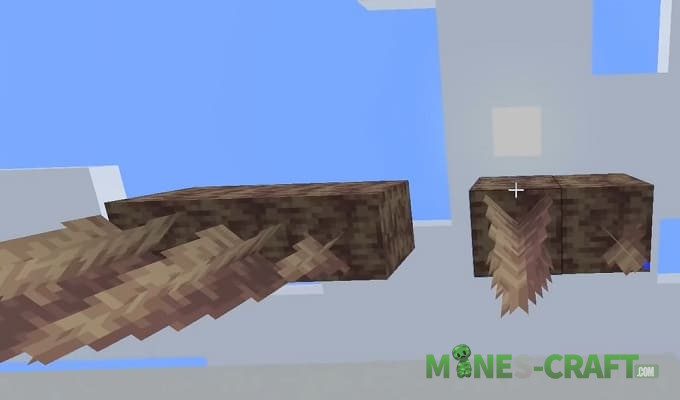 This biome is more diverse than the previous one, and here you can live and even settle. It’s a cute and lively place. Vegetation grows through the stones, hanging down. There are a lot of different plants that will be included in Minecraft BE 1.17. The lush caves are welcoming as this is where you’ll find new berries and plants that are not on the surface. The biome is located at a shallow depth above sea level and it is not so difficult to get to it. 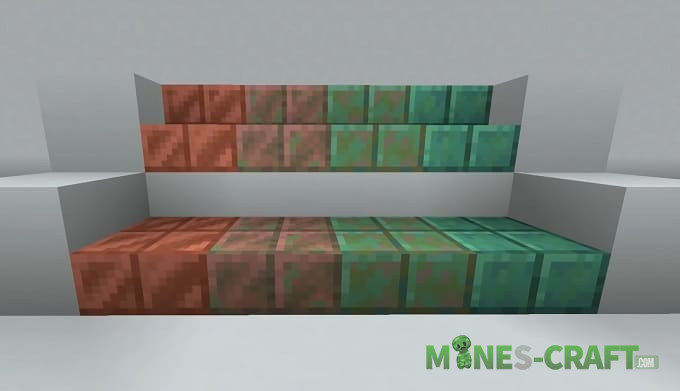 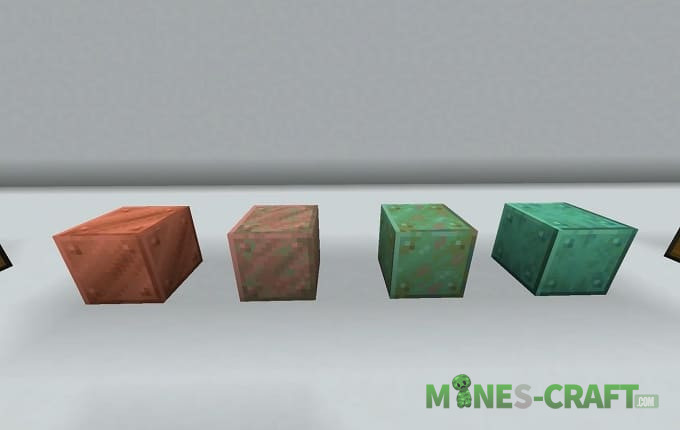 TheCaves & Cliffs wouldn’t be so exciting without one of the hallmarks of any large cave. Stalactite and stalagmite caves are another mini biome in which it is better not to wander with your eyes down. Stalactites pose a great threat due to their size and weight. Falling down, stalactites can flatten any creature in Minecraft 1.17. At the same time, the stalagmites also look threatening for those who are going to fall on them. 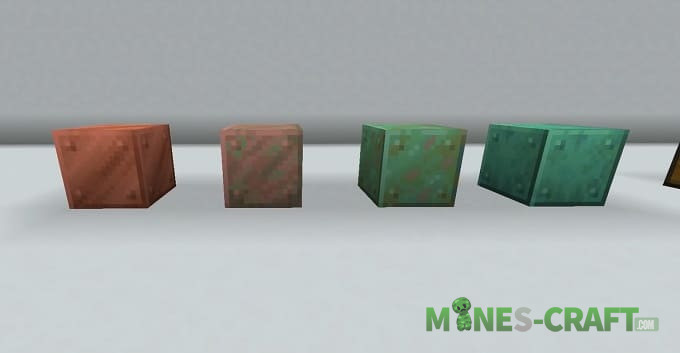 The cliffs are part of the title of the MCPE 1.17 update, but not much attention is paid to them. Most of the changes related to mountains are related to their generation. In the update, they are more natural and varied:  mountain ledges, height differences, and mountain goats will breathe new life. 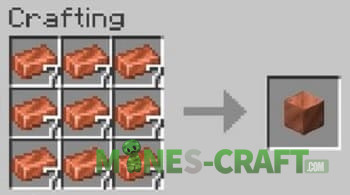 In addition to iron and gold, it gets a new metal, which will probably occupy a position in front of them. Copper is a new resource in Minecraft PE 1.17, which also became one of the components for creating a lightning rod. The trailer showed a house with a roof made of copper blocks. Over time, the roof changed its color due to the oxidation of copper by the environment. 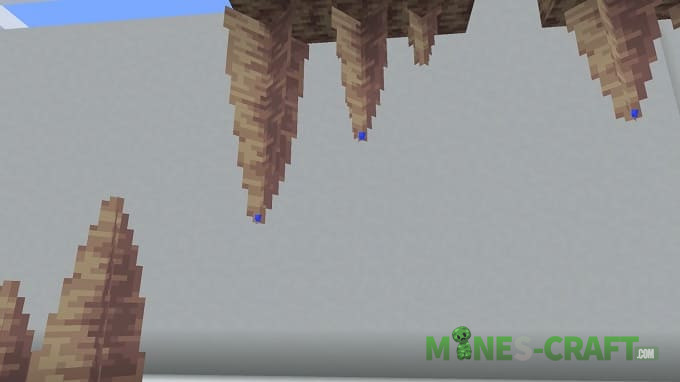 With copper ore, version 1.17.0 gets a new mineral called amethyst. Amethyst is a new gem that grows in caves in whole geodes. You can find amethyst by its characteristic glow. By the way, amethysts are included in the spyglass recipe.

This is a standalone feature that takes a new direction in Minecraft Bedrock Edition. By doing archeology, you can find useful minerals and ores even in a block of dirt. The archaeologist’s tool in Minecraft: PE 1.17 is a brush, to remove layers of a block one by one. After a complete exploration of the block, the result awaits you in the form of a new block, shards or nothing.

Like any global update, Minecraft 1.17 is not complete without new items. Among them there are many interesting things that havent analogues in the current versions.

This item is completely related to archeology, allowing players to remove layer by layer. Surely the brush will have more uses, but for now it will do for archeology.

If you’ve ever wanted to have binoculars in Minecraft BE 1.17, then this day has come. A spyglass will be added to the game, making it possible to see the area in the zoom. With a spyglass, you can see the landscape and mobs many chunks ahead. 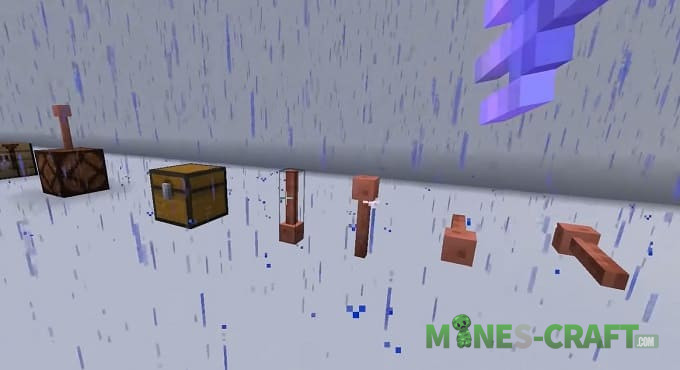 There is no longer any need to install additional mods to add bags to MC:PE. Here are the bundles that can hold up to 64 items. They are extremely useful if you carry a lot of different items; put everything in a bag and free up more slots for other things.

Android Reminder: the versions below have unlock patches and don’t require any apps installed.