You have not met such a strong mob before this point because this prismarine boss can destroy a group of players if he wants. His name is Admin and he does not like to be disturbed, which means that you are in great danger. This giant creature is more like a rock from blocks attacking mobs expensive for you. 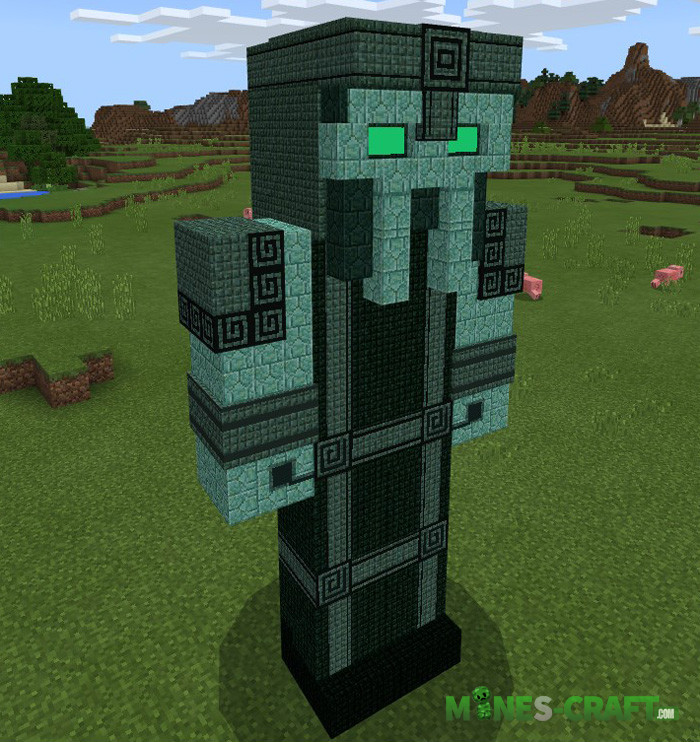 You will not believe but the Admin Boss has in his stock of 1000 health, you have to sweat to overcome him. I think you already understand that it will require the help of other players, as well as called iron golems, several swords, bow and many arrows. 1k is almost infinite health that will slowly decrease during a bloody battle. 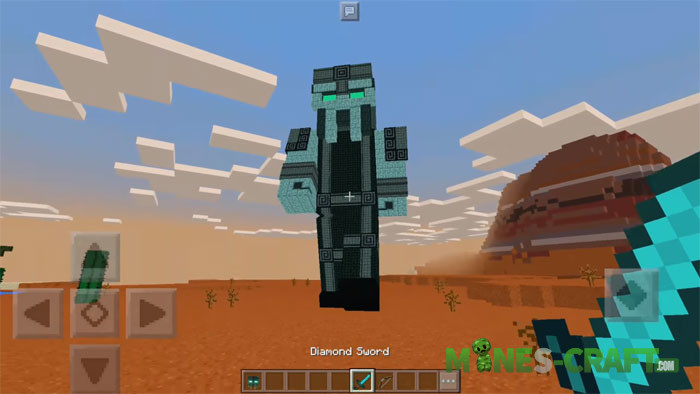 How to spawn the Admin Boss?

If you play survival then forget about the spawn eggs (the addon replaces the llamas) and just wander through the woods. You will definitely stumble upon this boss sooner or later there. If you are not ready for battle, then the best option for you is evasion, Admin will beat you with his fists until you leave a stain. At best, gather your team and go into battle!