Arriving in this city you’ll feel like a giant because your character is equal to a five-story house. Why is this city so? The fact is that Brookfield is built of miniature blocks that replace some of the original ones. After the end of construction the city turned into a small metropolis with skyscrapers and office buildings. Try to play the role of King Kong and climb to the tallest building. 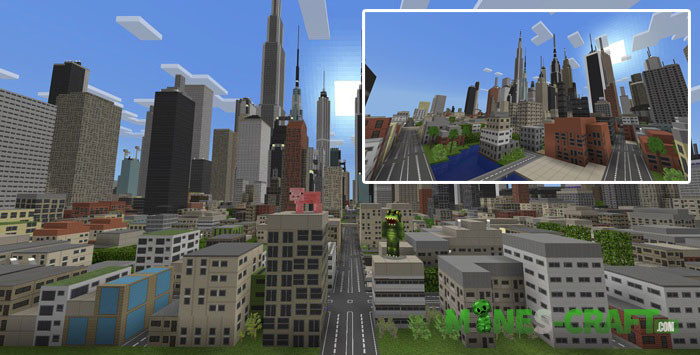 The city itself is absolutely empty, people do not live there, so you can not be afraid to crush someone while walking the streets. The map does not matter without the texture pack that is already added to the archive. You just have to download and open the Brookfield City to turn into a giant. The optimal version of MCPE is 1.2.7. 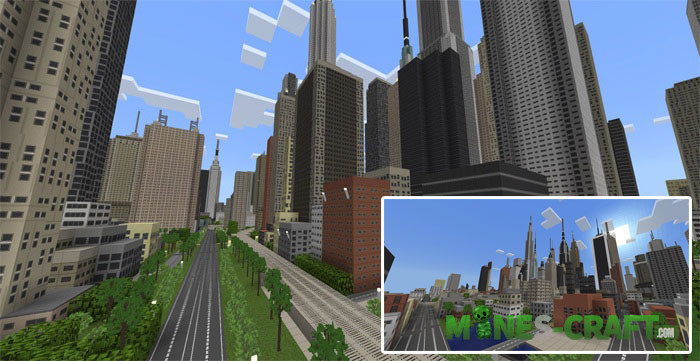