As you understand from the title, the SpongeBob Add-on adds characters from the famous animated series and several other features. In total, you will see 13 new creatures from the main characters to the secondary inhabitants of Bikini Bottom.

If you forget about other SquarePants addons released earlier, then this one exceeds the old ones. Absolutely all the characters are recreated in detail in this wonderful addon, you will see even the emotions on the faces of some. It may be added that there are new items and a car that was used in some series about the driving school.

The original mobs have been replaced along with the behavior and drop, but be aware that some of them may attack you and other players if you are playing on a server. Basically, only friendly creatures that move freely around the world are represented here. 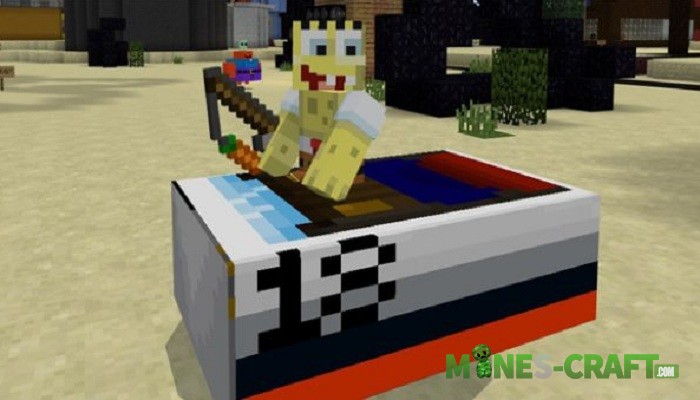 To save time, find the boat (cows) and sit behind the wheel. Bikini Bottom citizens can be found in villages, the opportunity to exchange items has remained.