You’ve certainly never seen a creeper riding a cow and very quickly attacking you. More Jockeys is an amazing Minecraft add-on, with which many evil mobs will not only become stronger and faster, they will be able to cooperate with other creatures and unite in a single whole. It looks much more menacing and dangerous than classic enemies.

The addon has many advantages:

As well as advantages, there are some disadvantages. The appearance is slightly distorted because of the positions, although this is not very noticeable and does not affect the quality of the game. If there are a lot of different mobs around you, then bugs with slow speed or freezing are possible. 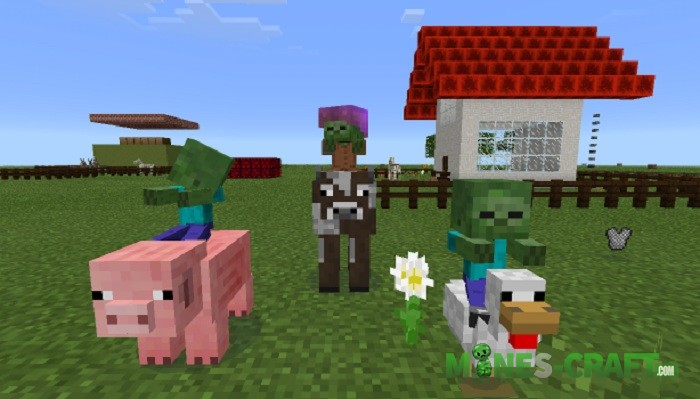