This is an excellent collection of new creatures based on the images of ancient Egyptian creatures. There are nine new mobs with new models and characteristics, their appearance can be deceptive so do not rush to approach any of them at the first meeting. You can’t know for sure whether an aggressive mob is or not, but after having fun adventures and battles you will understand which one is who.

Mobs have distinctive differences such as size, strength, speed and equipped weapons. If you see a big creature with an ax similar to a villager, then it’s best not to approach it and avoid if you don’t want trouble. 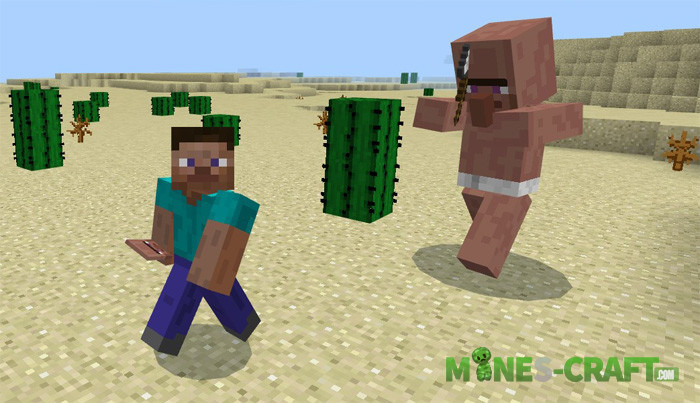 On the other hand, the Egyptian Creatures Addon adds peaceful mobs that are neutral to the players and even protect in the event that danger threatens nearby creatures.